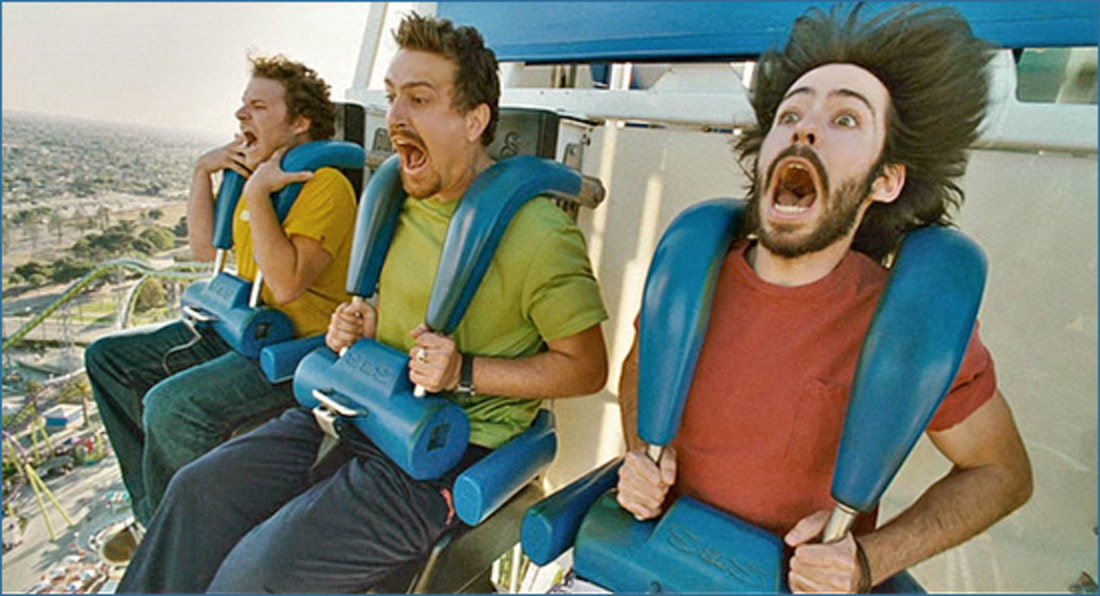 Save the Rollercoasters for the Park
​
​Summary
​This post summarizes two anonymized examples of how easy it is for boards to inadvertently direct schools down financially unsustainable paths, which can be very painful to fix later, yet can be easily avoided by forecasting.

1. The goal is financial balance over time
​​
​Why bother forecasting if you have audited financials to support your budget decisions?

Of course, a school's audited financials should be part of what informs the board's budget decisions, but they only represent a snapshot in time, and they don't show where the current business model will take the financials in the future.  Furthermore, even if the audited financials' revenues and costs are currently balanced, they won't be in a few years if the growth rates of the major levers of the budget are not balanced.

Major Levers of School Budgets
2. Can you see the trap?
​
Avoiding Traps #1:  Lowering Tuition Growth due to an Enrollment Boost
Setup: 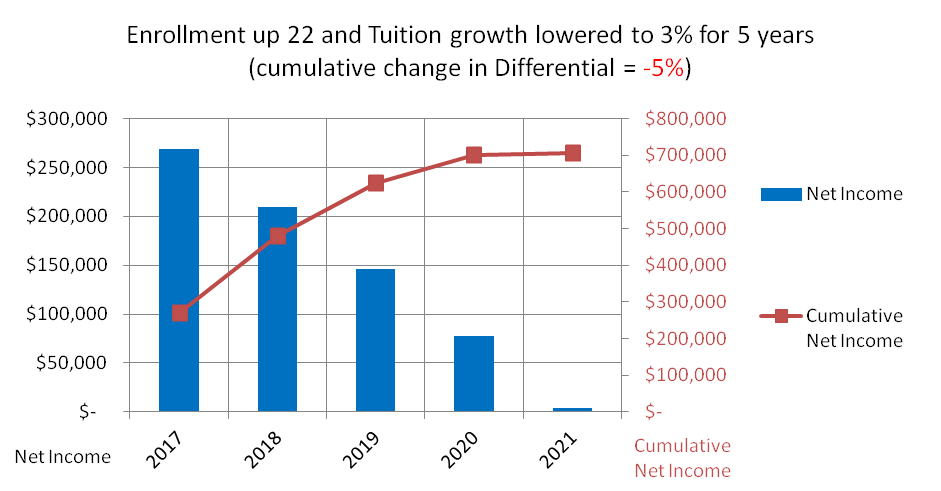 5 Years Later:
Then, the closed school reopens as a member of a well-regarded school association, and your school looses the extra 22 students.  In response to the drop in enrollment, the board decides to increase tuition growth back up to 4%/yr.  Here's how Net Income would look if the school operated with this business model for another 5 years:
​ 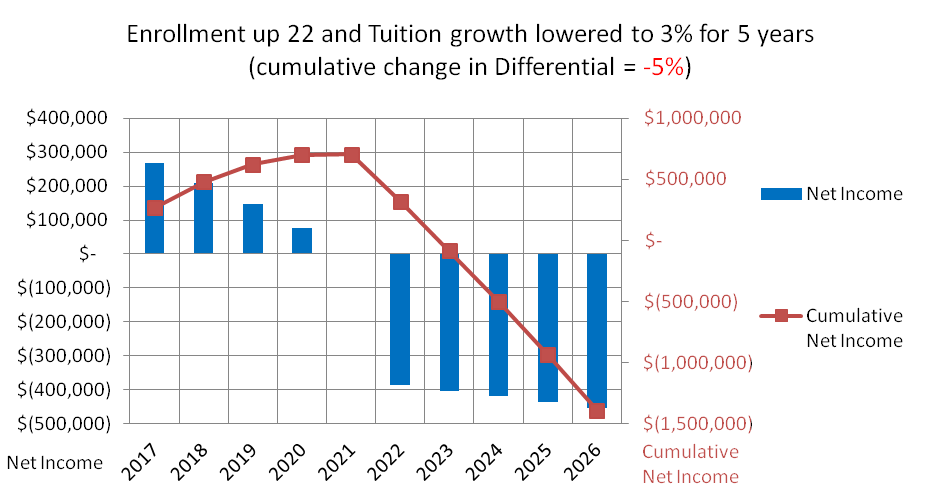 Fortunately, your finance committee built a financial model of the school in 2022, and its forecasts allowed you to avoid the above steep losses.  However, the news is still sobering.  How much does your finance committee say tuition would need to be raised in year 2022 to regain balance, so that Net Income = $0?

OK, tuition would need to be increased by about 9% in 2022, followed by balanced 4% increases in subsequent years.  Can you imagine the parking lot chatter if that decision was announced? 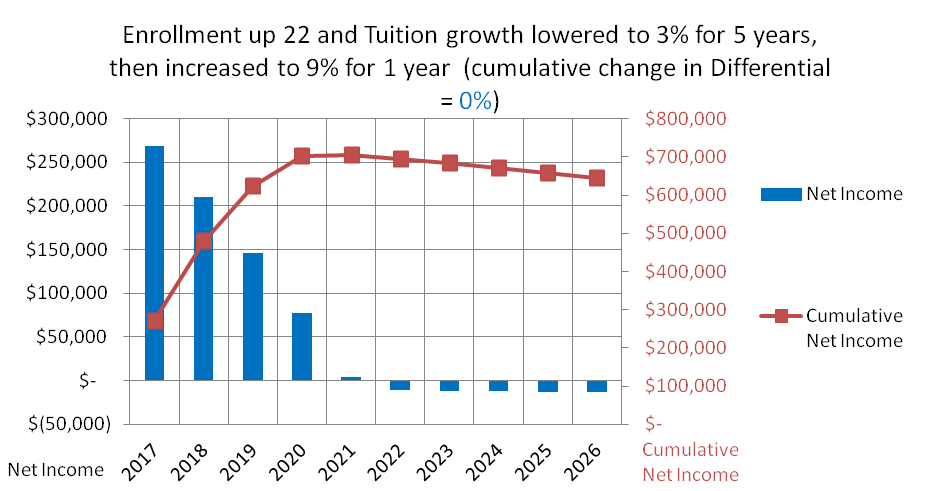 Eventually, the piper has to be paid. 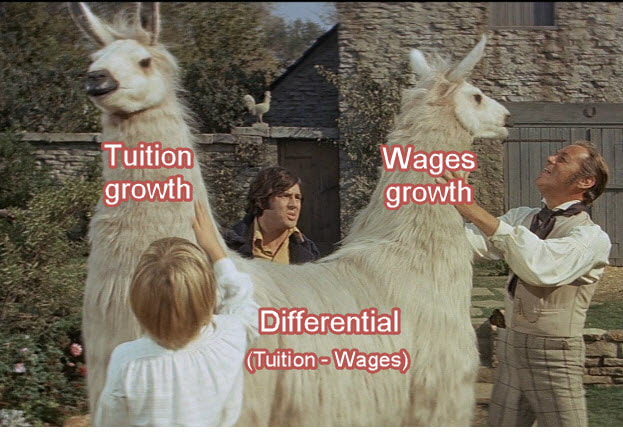 Managing the cumulative differential is critical for financial stability over time
​4. Financial impact of changing different levers over time

Tuition price growth and wage pool growth have the most impact over time - they are "long-term" levers
​Without forecasting, it's easy for schools to fall into the trap of letting tuition and wage pool growth get out of balance due to temporary improvements in "short-term" levers such as higher enrollment, reductions in financial aid, increased gifts to the operating budget, or reduced spending on campus preservation.  While the current financials may show that the business model is balanced, forecasting can reveal the risks of future imbalances, and allow you to make small changes now, rather than big changes later.
5. Can you see the trap?
​
Avoiding Traps #2:  Increasing Wages Growth due to Increased Gifts to the Op Budget
Setup: 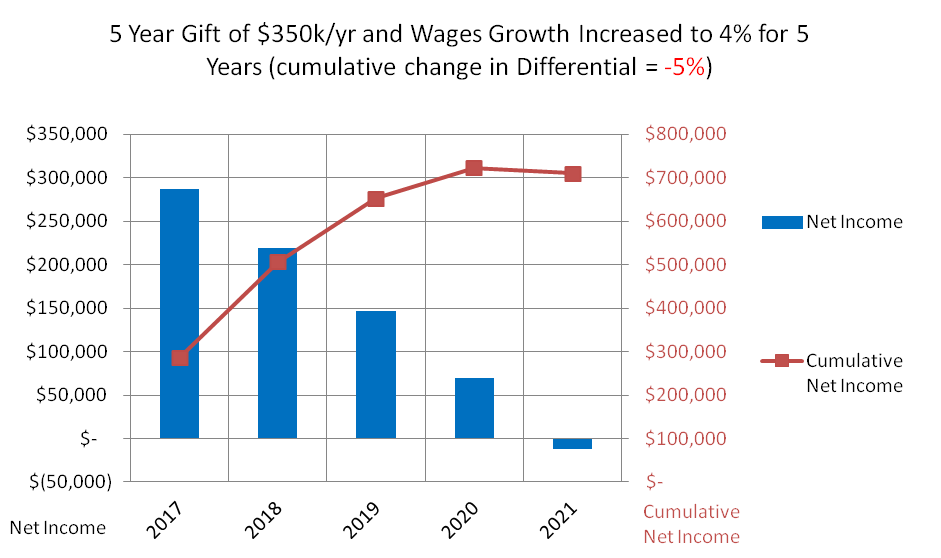 5 Years Later:
When the gift ends in 5 years the finance committee builds a financial model of the school to determine how the business model should be modified.  Here's the forecast if the wage pool growth rate was lowered back down to the previously balanced 3%/yr for 5 more years: 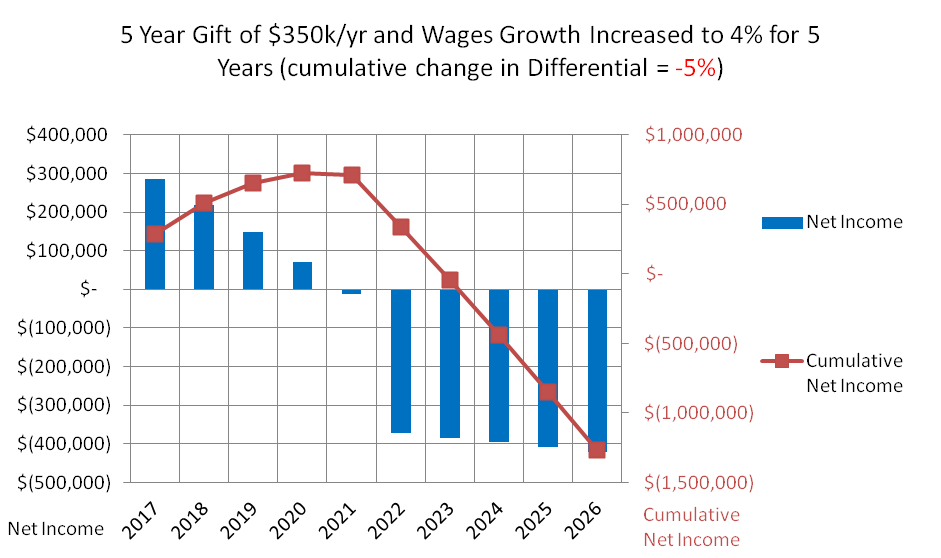 Yikes again!
What should 2022’s wage pool growth be to regain balance, so that Net Income=$0?

​
OK, the wage pool would need to be cut by -2% in 2022, followed by balanced 3% increases in subsequent years.    Be ready for the torches and pitchforks if that news gets announced! 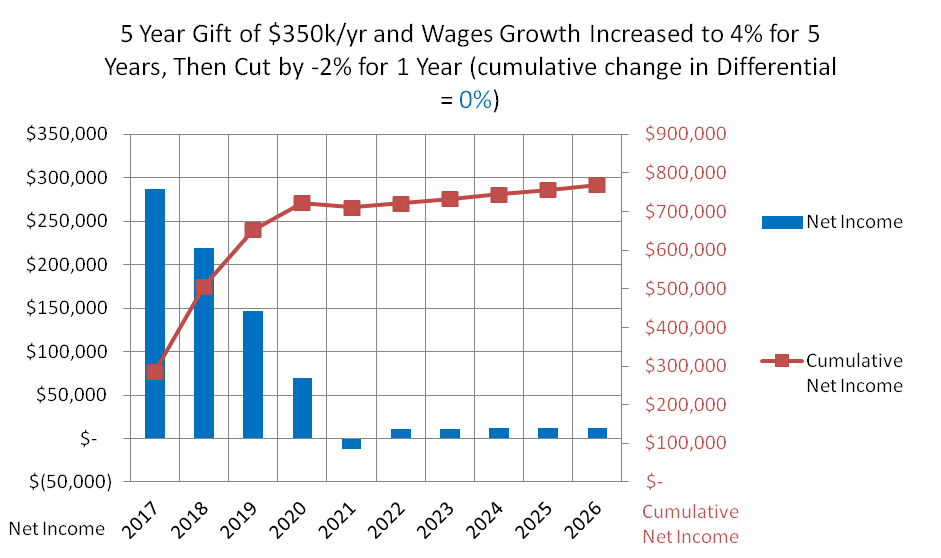 Instead of using the gift to increase wage pool growth, it should have been directed to the endowment or reserve fund, or to a "short-term" lever like campus-related capital projects.
​6. Fixing imbalances:  easier said than done
Of course, most schools would fix the previous wage pool imbalance with smaller staff raises over an extended period (along with revenue increases) as opposed to an actual cut, but even this would be stressful from the staff’s perspective, generating responses like:
Such rollercoasters of unanticipated change have destroyed many schools, and the tragedy is, many of these schools may well have been able to avoid their problems if they had incorporated forecasting into their budget decision processes.
​
“Any change comes down to people: first how you help them face it and then how you help them move with it.”  -- School Principal

“The fallacy of rationalism is the assumption that the social world can be altered by logical argument.  The problem, as George Barnard Shaw observed, is that “reformers have the idea that change can be achieved by brute sanity.”"  - Michael Fullan 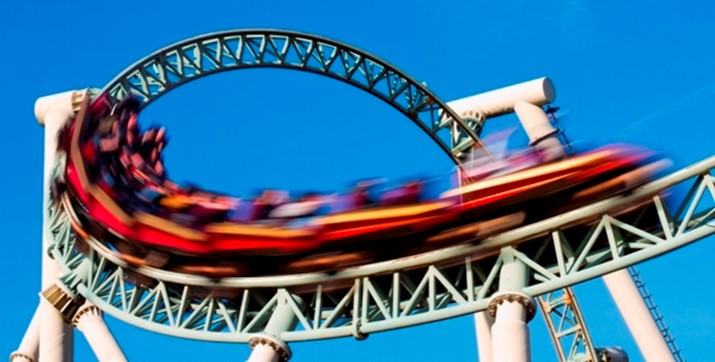 Save the Rollercoasters for the Park
7. Other ideas for getting budgets back in balance ​
Source:  Financial Sustainability for Independent Schools, NAIS presentation by CFO Corey McIntyre​​
​​Wade Vagle, CFA, CAIA
Get in touch at Wade@SchoolsThatLast.com